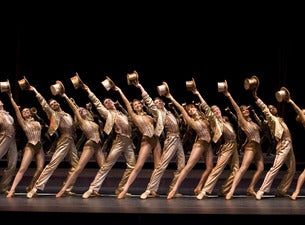 About A Chorus Line

“One of the finest musicals to emerge from the Broadway stage” -Australian Stage
“Truly one singular sensation” -Aussie Theatre
“Compulsory viewing!” -The Age
“Don’t miss it!” -3AW

In an empty theatre, on a bare stage, auditions for a new Broadway musical are almost complete.  For everyone there, this audition is the chance of a lifetime. It's what they've worked for - with every drop of sweat, every hour of training, every day of their lives. It's the one opportunity to do what they've always dreamed - to have the chance to dance.

This is A Chorus Line, the story of the ones who make it and the ones who don’t. Told through captivating song, riveting drama and stunning choreography, they describe the events that have shaped their lives and their decisions to become dancers.

As the New York Observer said, ‘The chance to see Michael Bennett’s masterpiece again or for the first time, should not be missed.’