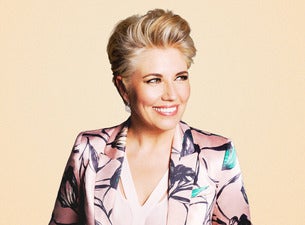 About A Farewell To Doris – Starring Melinda Schneider

A tribute to the legendary Doris Day - Starring Melinda Schneider

The world recently lost one of its biggest stars with the passing of Doris Day. A legend of stage, screen and song, Doris died aged 97, leaving behind an incredible body of work, including iconic movies and unforgettable songs.

Doris Day, “the girl next door”, had millions of fans around the world, none bigger than chart-topping Australian singer songwriter Melinda Schneider, who has recorded two albums of Doris’ songs, co-written and starred in a theatre show based on Doris’ life, and done sell-out tours celebrating Doris’ work.

Melinda Schneider has now announced the 2019/20 national tour A Farewell To Doris, a heartfelt tribute to Doris Day.

This nostalgic concert celebration will feature the wonderful Young At Heart Orchestra  and include such timeless hits as Que Sera, Sera, Sentimental Journey, Everybody Loves a Lover  and Secret Love plus classic songs from the movies Calamity Jane, Love Me or Leave Me and The Pajama Game, as well as a number of Doris’ big band standards.