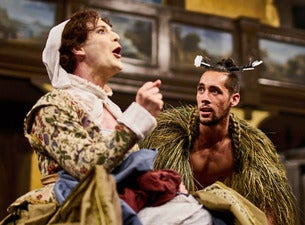 About A Midsummer Night's Dream

Oppressed by a brutal dictatorship, four lovers escape a death sentence by fleeing to an ancient forest. Elsewhere in the woods, a group of tradies secretly meet to indulge their love of amateur drama. But there’re more than just trees in this forest. Ancient creatures of myth and legend haunt the dark corners of the woods, and they love nothing more than causing trouble…

Justly regarded as Shakespeare’s comic masterpiece, A Midsummer Night’s Dream enchants audiences with a brilliant mix of hilarious comedy and beautiful poetry. This production fuses spectacular Jacobean costumes with Maori folklore to create a flagship production which was a smash hit in Sydney.