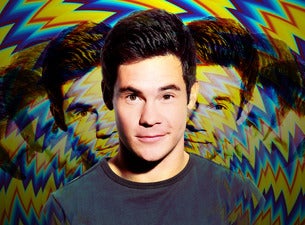 US comedian and actor ADAM DEVINE will bring his latest live stand up show Weird Life Tour to Australia early next year, fresh from a national US tour.

Adam Devine is quickly becoming one of the most sought after young comedians and actors in the comedy world and will perform his live show in Perth, Brisbane, Melbourne and Sydney from Saturday, January 27.

Tickets for all shows go on sale 10am this Monday, August 7.

Best known as a co-creator, writer and star of the hit Comedy Central show Workaholics, and the host of his own show, Adam Devine’s House Party, Devine started his stand up career in LA before being invited to perform at Just For Laughs in Montreal after just two years.

Since then he has performed multi-city national tours in the US. His comedic movie credit list is endless including Mike and Dave Need Wedding Dates, Pitch Perfect, Pitch Perfect 2, The Intern, Why Him? and voicing the role of The Flash in The Lego Batman Movie. Devine, who also had a recurring role in hit TV series Modern Family, will next appear in Magic Camp and Netflix's When We First Met and is currently filming Isn’t It Romantic? alongside Rebel Wilson and Liam Hemsworth.

Don’t miss the in-demand Devine making his Australian stand up debut, live in 2018.