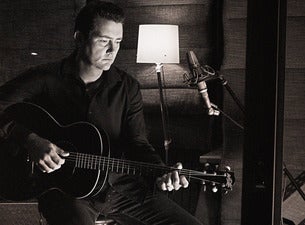 Adam Harvey is at home in his bar with an acoustic guitar in a part of the world he likes to refer to as ‘The
Peoples' Republic of Bateau Bay’. It’s here Harvey gathers up friends and neighbors for an after-hours singalong with a few beers and his trademark one liners. The big man is self-effecting, but the accolades he’s received over his two decade career as a country artist are a mile long. He’s clocked up sales of over half a million albums, with eight Golden Guitars to his name and has a string of gold and platinum discs to his credit. Harvey has made some mighty fine records along the way: the staples Both Sides Now, Cowboy Dreams and the recent Family Life are among them… and then there’s the much loved collaboration with Troy Cassar-Daley ‘The Great Country Songbook’. Now he can add one more to the list, Harvey’s Bar… The Backyard Sessions.
Harvey’s Bar was recorded at home with Adam literally surrounded by friends. The party was in full swing, the one liners were hitting the mark and the ‘record’ button in the studio was definitely ‘on’! The finished album shows a man at the peak of his powers: relaxed and in celebratory mode. The results are infectious.
“Because I've written a few drinking songs in the past,” explains Harvey, “and I talk about how “this happened in the bar, or we wrote this in the bar.” I have a lot of people that come up to me and say, ‘God, I'd love to spend a night in that bar’. I started to think ‘why don't we try and take a bit of that bar atmosphere and bring the bar to them’. That was the whole idea of the album. I started thinking about some of the songs that we would be singing in the bar. I got the guys in and it didn’t matter if they made a mistake. It’s all about a bunch of guys sitting around together having a good old night, and a few drinks, and having a bit of fun playing the music.”
Prior to recording the album Harvey went into serious (and not so serious) songwriting mode.
The album includes some fine new originals including ‘Harvey’s Backyard’, ‘Just Another Player In A Band’ and ‘Alcoholaday’. Occasionally helping out with the writing were good pals Clint Crichton and Luke O’Shea.
“The first song I wrote was ‘Alcoholaday’ and that captured the whole vibe of the album: sitting out in a bar,
having a bit of fun. I was telling Luke, who’s a great songwriter, about the theme of the album and within an hour we’d written the title track ‘Harvey’s Bar’ The song captures the mood of the night. The music fires up and all the neighbors come in: they know it's time to have a little party in Harvey's Bar. My mate Pete starts to get carried away and gets his bloody top off: he thinks he's a supermodel and, then, when the missus gives everyone the death stare, it's time to pack up and go home.”
Those recordings later became the final album, capturing all the fun of a great night out. Harvey’s Bar was later mixed by Jeff McCormack.
“We had the people chatting away in the background and some of it we left in,” explains Adam, “Obviously some swearing we had to cut out, but that was the whole vibe. At the start of the album, when you hear a bit of music and the roller door goes up, I wanted listeners to feel like they'd stepped into the bar on a night of a party at the Harvey’s.”