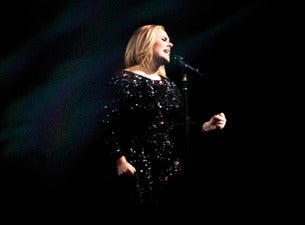 Global superstar ADELE will visit Australia for the very first time in February and March, 2017 to perform a series of special stadium concerts in a unique 360º in-the-round production. Designed to create intimacy, the tour venues will feature reserved seating on both the playing arenas and the grandstands.

Having broken album sales records worldwide and with in excess of two million albums sold in Australasia, the multiple Grammy, Brit, Oscar and Golden Globe winner is on the cusp of completing her 107 date sold out Live 2016 tour which has taken her all over the UK, Europe and North America. The tour has been hailed by critics and fans alike.


"It was a pure Adele moment: a pop triumph immediately brought to earth by shared human frailty. Adele’s gifts could separate her from more ordinary humans. Instead, she forges bonds.” - New York Times, USA

"A one-on-one conversation amid 18,000 or so other folks: Combined with her remarkable voice, it’s that flair for intimacy on a grand scale that’s driven Adele to the top. She’s a conveyor of relatable emotion at a moment when pop seems defined by concept and style.” - Los Angeles Times, USA

“That’s Adele, putting on a big night out but making it seem like a deeply personal moment… Truly, a diva for the people” – The Times, UK


Tickets will go on general sale on Monday November 21. Please refer to the local timings listed below.

TICKET ON SALE TIMES:
[PLEASE NOTE – ALL TIMES ARE LOCAL]