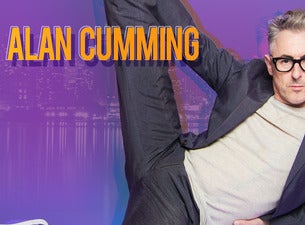 It’s been a long wait for both Alan and his Aussie fans, after his initial planned national run of shows back in July 2021 were forced to postpone thanks to COVID restrictions and border closures. Alan was all ready to go – literally stepping off the plane in Melbourne the day prior to tour kick-off when everything had to stop. It was a frustrating time for the remarkable performer, who had just wowed crowds in South Australia where he debuted his latest stage creation, as well as taking the reins as the 2021 Artistic Director of Adelaide Cabaret Festival – a position that saw him meet huge critical acclaim.