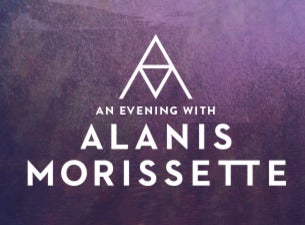 One of the defining voices of a generation, Alanis Morissette will return to Australia for an acoustic and intimate trio show at Melbourne’s Palais Theatre on Tuesday 23rd January and ICC Sydney Theatre on Wednesday 24th January.

Tickets go on sale on Monday 7th August at 9am local time.

Since 1995, Alanis Morissette has been one of the most influential artists in contemporary music. Her groundbreaking debut release Jagged Little Pill, described as “era-defining” by Billboard, garnered nine Grammy Award nominations, winning five including the coveted Album of the Year.

Alanis Morissette’s exclusive Australian shows are one-offs and absolutely not to be missed. Her deeply expressive music and performances have earned vast critical praise; Australia, get ready to experience one of the most influential, awe-inspiring artists of the 90’s and 00’s