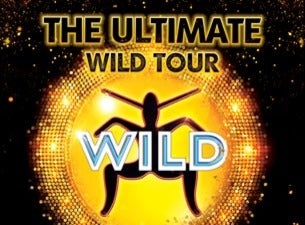 The biggest Australian Club brand and Multi Platinum selling CD series ‘WILD’ is back and going on tour across Australia.

The ultimate Wild Tour will feature 6 of the world’s biggest dance superstars live on stage including: FRAGMA, DJ SAMMY, ALICE DJ, PANDORA, 666 AND NICK SKITZ will perform all their hits live.  Get taken on a nostalgic journey through the biggest dance anthems to hit the wild radio air waves and and played in clubs around in Australia and around the world.

The ultimate Wild tour will be bringing back all the original DJs, music, and memories for one night only across Australia.  Stay tuned for the Wild CD Tour release coming soon via Central Station Records.

It all started in 1999, when a group of Dutch young deejays and talented producers saw their free collaboration culminate into a project selling over one million albums and 5 million singles worldwide.  The controversially titled album ‘Who Needs Guitars Anyway?’ spawned no less than 5 international hits: Will I Ever (UK #7), The Lonely One (UK #16), Back in my Life (UK #4), Celebrate our Love (UK #17) and Better Off Alone (UK #2).  Other countries where Alice Deejay crushed the charts were Germany, France, South Africa, Australia, Sweden, Norway, Denmark, Belgium, Netherlands, Spain, Portugal and Canada.  In 2002 the energetic front woman Judy and the 'behind the scene' members of the group decided to call it quits.  The hits of Alice DJ though, never stopped being air and clubplay favorites.  Then, in 2013 something was in the air, Shakira called.  She was working on her new album and wanted to record a new version ‘Better off Alone.’ No less than one month later; David Guetta on the phone, who just finished recording 'Play Hard' with Ne-Yo and Akon, requesting permission to include the 'killer hook' from 'Better Off Alone.' Resulting in another worldwide smash for David and renewed attention for Alice DJ.  Alice DJ is back in business with a new voice and face, Amsterdam DJ and singer Ilona, managed by the founding fathers of the group, so it's all in the family.  Featuring the original Alice DJ hit singles and with powerful medleys and live mash-ups celebrating the best dance hits of the 90’s and 00’s.

For more info, go to: