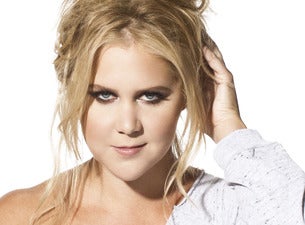 Amy Schumer is the creator, star, writer and executive producer of the Emmy and Peabody Award winning Inside Amy Schumer, the popular Comedy Central television series which premiered in April 2013 to the network’s highest season premiere ratings of the year. Schumer’s provocative and hilariously wicked mind is on full display as she explores topics revolving around sex, relationships, and the general clusterf*ck that is life through a series of scripted vignettes, stand-up comedy, and man-on-the-street interviews. The show, whose fourth season premieres next year, won the Primetime Emmy Award for Outstanding Variety Sketch Show at this year's ceremony, and also earned Schumer a nomination for 'Outstanding Lead Actress in a Comedy Series." She also won the Critics’ Choice Television Award for “Best Actress in a Comedy Series.”

Schumer can next be seen in her one-hour HBO comedy special, "Amy Schumer: Live at the Apollo," directed by Chris Rock premiering on October 17th.

Schumer’s first book was recently purchased by the Simon & Schuster imprint Gallery Books and is set to be released in late 2016. It was the highest advance that the publishing house has given to a female author.

She was recently seen in such critically acclaimed series as FX’s Louie and HBO’s Girls. Previously, Schumer had a recurring role on the third season of Adult Swim’s Delocated, and guest starred in the latest season of Curb Your Enthusiasm.

Additional film credits include Seeking a Friend for the End of the World starring Steve Carrell and Kiera Knightley, as well as Price Check, an independent feature opposite Parker Posey which premiered at the 2012 Sundance Film Festival.

Her album Cutting placed in the top 5 of the Billboard Charts and has been included on multiple Best Comedy Albums of the Year awards’ lists.

The comic made her network debut in 2007 when she starred on NBC’s Last Comic Standing and soon after co-starred on 30 Rock and received her own Comedy Central Presents special.

She co-hosted Hoppus on Music with Mark Hoppus of Blink 182 on Fuse and made her fifth appearance at the Montreal Comedy Festival this summer.

Schumer is a founding member of The Collective, a New York based Theatre Company, and a graduate of The William Esper studio where she studied for 3 years.