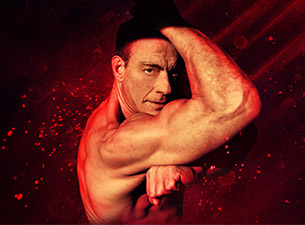 About An Evening with Jean-Claude Van Damme

An Evening with Jean-Claude Van Damme comes back to Australia this March. The very special evening offers attendees an intimate and unique night of entertainment with the martial arts action icon who redefined the action genre in the 80s and 90s. During his extensive film career, Van Damme has amassed over 1 billion dollars at the Box Office. His most notable martial arts action films include Kickboxer, Bloodsport, Death Warrant and Street Fighter amongst a huge list of others.

The event will see the “Muscles from Brussels” live in conversation on stage. During a 60 minute interview, the actor will cover a range of topics from his rise to fame to his martial arts career with a focus on his early career classics such as Bloodsport & Kickboxer. The interview will be followed by a Q&A session during which fans can ask the martial arts legend a host of questions in an intimate setting. Limited Photo opportunities, exclusive merchandise plus meet and greet experiences will also be available.

An Evening with Jean-Claude Van Damme takes place in Sydney on Friday 6th March in the Wesley Theatre at the Wesley Conference Centre and in Melbourne on Wednesday 11th March at the Melbourne Convention Centre.