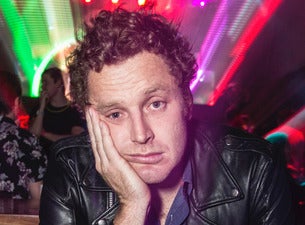 Andrew Wolfe is a successful stockbroker by day & a touring professional comedian by night. Join this high fueled maniac as he takes on the foolishness of life with incisive wit.

This highly anticipated debut solo show takes us through the struggles of inhabiting a late-stage capitalist society as it slowly burns to the ground. Fun stuff like that. It also touches on how this lovable idiot managed to make 1.4 million dollars in 10 days then lose it, along with his wife, kids, 4 houses & end up in Perth living back with his parents.

Wolfe is the life of the party who gets loose and says what everyone else is too scared to. This is comedy -  if 'The Wolfe of Wall Street' did it.