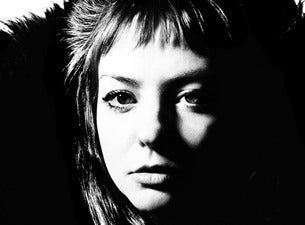 Known for her "bold and admirably uncompromising performances" (Rolling Stone), Angel Olsen is pleased to announce a return to Australia in support of 2019's widely critically acclaimed album All Mirrors. She will be backed by her 6 piece band, including strings. This is Angel's first full band tour of Australia since 2017. Angel will perform songs from her entire catalogue, many of which will be re worked with string arrangements added.

On her vulnerable latest album, All Mirrors, Olsen takes an introspective deep dive towards internal destinations and revelations. In the process of making this album, she found a new sound and voice, a blast of fury mixed with hard won self-acceptance. All Mirrors gets its claws into you on both micro and macro levels. Of course, there's that singular vibrato, always so very close - seemingly simple, cooed phrases expand into massive ideas about the inability to love and universal loneliness. And then suddenly - huge string arrangements and bellowing synth swells emerge, propelling the apocalyptic tenor.

"All Mirrors is Olsen's stunning, most personal record yet." - Rolling Stone