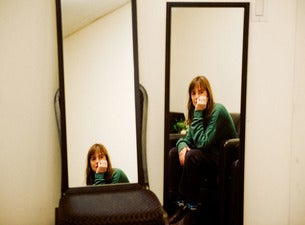 Kind Face Creative & WME present Angie McMahon - An Online Solo Piano Concert. The concert is filmed and recorded at The Perch Recording Studio, Castlemaine and will be available to watch on Wednesday 29 July 2020, everywhere in the world.

In lieu of Angie's first headline world tour which was cancelled, Angie collaborated with fellow local creatives to perform an online concert in isolation; a combination of reimagined piano versions of her songs and some of her favourite covers.

After selling out revered venues around Australia and recently touring with Hozier through the US, this is an opportunity to experience Angie McMahon playing solo with a beautiful piano, from the comfort of your home. A portion of the proceeds will be donated to Clothing The Gap’s ‘Free the Flag Campaign’, in a bid to fight to free the Aboriginal flag from its current licensing and see Aboriginal people have equal rights and access to their flag.