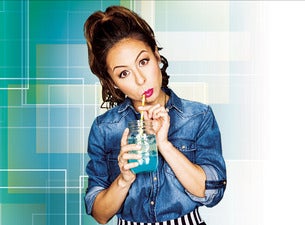 US comedian, actress and YouTube sensation ANJELAH JOHNSON will tour her stand up show around Australia this August.

Johnson, who skyrocketed to fame in 2007 following her viral impersonation of a Nail Salon employee, will open Anjelah Johnson Live in Brisbane on August 16, before taking it to Sydney, Melbourne and Perth.

Johnson is a former NFL cheerleader turned actress and comedian. She became an internet sensation in 2007 with her viral video, Nail Salon, which led to a stream of stand up, television and film opportunities. The same year she joined the cast of MADtv where she trademarked her legendary character, Bon Qui Qui. A disgruntled fast food employee with no filter, Bon Qui Qui has since been enjoyed, viewed and replicated by over 80 million people worldwide.

After recording and releasing 3 songs and 2 music videos as Bon Qui Qui, Anjelah signed a record deal with Warner Bros. Records to release a full album titled, Gold Plated Dreams, which she has toured twice, selling out both times.

Anjelah's first visit to Australia saw her sell out her 2014 Melbourne International Comedy Festival season. She also regularly sells out comedy shows across the US, and has so far released four hugely successful one-hour comedy specials - That's How We Do It in 2009 (Comedy Central and Warner Bros. Records); The Homecoming Show in 2013 (Netflix); Not Fancy in 2014 (A Netflix Original); and Mahalo & Goodnight (Hulu), her fourth one-hour special, in 2017.

Johnson has appeared in huge commercial campaigns for companies including Sprint, Visa and Snickers and has guest-starred on TV shows The Shield, Ugly Betty and Curb Your Enthusiasm. Her film credits include Our Family Wedding, Alvin And The Chipmunks: The Squeakquel, Enough Said, The Resurrection Of Gavin Stone and Mom's Night Out.