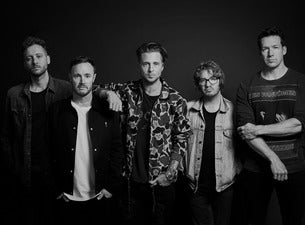 Recently confirmed as this year’s NRL Grand Final entertainment, American multi-platinum hitmakers and Grammy-nominated superstars, ONEREPUBLIC, will perform ‘Counting  Stars’ alongside some of their biggest hits at a very special one-off concert for Melbourne fans at the iconic Forum Theatre on Tuesday, October 8.

OneRepublic released Oh My My, their fourth full-length album in 2016. This past spring, the band released ‘Start Again ft. Logic,’ a song featured on the soundtrack for the Netflix drama “13 Reasons” and ‘Connection’.