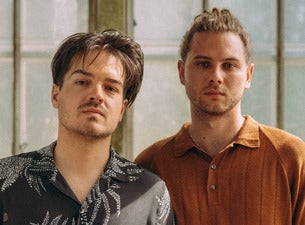 Having stormed the charts and pinched our hearts back in 2013 with the adorable ‘Stolen Dance’, German folksters Milky Chance return Down Under on the back of their much anticipated third record.

Appearing at Melbourne’s Festival Hall and Sydney’s Hordern Pavilion for some very special all ages dates, eager fans will be among the first in the world to experience Milky Chance’s brand-new album Mind The Moon live on stage.

Set to be released in November, the LP contains ‘Daydreaming’ – the duo’s recent collaboration with Australian sensation Tash Sultana - as well as new single ‘The Game’. With a reputation as one of the hardest touring acts around, their breezy harmonic tones illustrated on tracks like ‘Cocoon’ and the mega-hit ‘Stolen Dance’ will steal the night away.