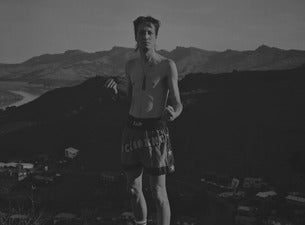 New Zealand’s Marlon Williams possesses one of the greatest voices of his generation. His effortlessly distinctive tone and heartstring-plucking vibrato have garnered widespread love around the world.

Williams draws on folk and country traditions - often compared to Leonard Cohen, Roy Orbison and Elvis - but what makes Williams so special is his unique ability to traverse genres on both his award-winning records, and in his famously captivating live shows.

An Evening With… is Williams first solo tour in 6 years, and captures his most loved songs, new material, and both original and traditional the reo Māori Waiata.

A once-in-a-generation talent with a voice that crosses continents.