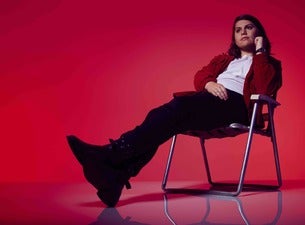 Off the back of the success of her debut long-player, 'I Love You Like A Brother' (2017), which peaked at #15 on the ARIA Albums Chart, and scored a Breakthrough Artist Nomination at the 2018 ARIA Awards, Lahey toured extensively both locally and internationally, and won over new fans worldwide.

After impressing viewers all around the world during her American TV debut on 'Late Night With Seth Meyers' in late-2017, 2018 saw Lahey booked for a string of Australian festivals including Falls, Groovin The Moo and Splendour In The Grass Lahey also played iconic North American festivals such as Lollapalooza, Bonnaroo, Sasquatch, Osheaga, Hangout and Bottlerock, before returning home to Australia to settle down to work on her new album.

The result is a collection of 10 songs with irresistibly catchy hooks and Lahey’s distinctly candid lyricism. The songwriter and multi instrumentalist assured second album once again giving a voice to millennial ennui.

Alex Lahey welcomes you to experience 'The Best Of Luck Club', where there's no dress code and you can check in any time you like.