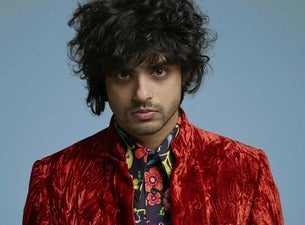 The reverberations of Jimi Hendrix’s singular expression of history, culture and social connection endures today as a new generation thrive on his music as a source of discovery and fulfillment. That same vivid spirit of song is still heard today in Australian musician Harts. Across four successful bodies of work, Harts has garnered constant comparison to Hendrix with his expansive explorations of funk, rock, jazz, blues and psychedelia.

This stunning live performance celebrates the 50 year legacy of Jimi Hendrix’s and pays tribute to the anniversaries of Hendrix’s studio albums while bringing the distinct flair of his iconic performances as only Harts can. The show consists of a carefully curated setlist from Jimi’s entire catalogue, performed live by Harts in a powerful three-piece band experience.

‘Harts is the real deal. He has the tools to lead a new generation that our world has never seen.’ - Austin Hendrix, nephew of Jimi Hendrix