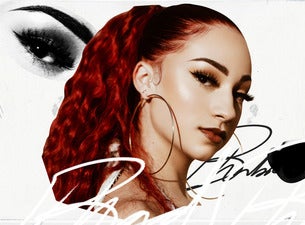 What Bhad Bhabie lacks in size, she makes up for in confidence — the pint-sized rapper and social media personality is bold, brash, and couldn't give a [bleep] what you think. She kicked off her first tour in 2018 — the Bhanned in the USA Tour — and its debut Santa Ana, CA, show marked the 15-year-old's first live performance ever. You wouldn't have known it from her energy, though, performing hits like "Gucci Flip Flops" and "Hi Bich" to screaming crowds with total self-assurance. Since then, Bhad Bhabie's rocked stages from Paris to London to Amsterdam — a far cry from her South Florida upbringings.

There's a chance you were introduced to Danielle Bregoli before her hip-hop career started; then only 13, the tough-talking Florida teenager made waves after her appearance on a 2016 episode of Dr. Phil went viral. But Bregoli's reputation as the "Cash Me Outside" girl by now feels like a thing of the distant past; in 2017, she inked a deal with Atlantic Records and reintroduced herself as Bhad Bhabie. And while you wouldn't have been off base to raise an eyebrow at the whole ordeal, even the most cynical listener had to admit, upon the release of her first handful of singles ("These Heaux," "Hi Bich"), Bhad Bhabie could rap. Her cocky Florida drawl was instantly addictive, and her snarky punchlines were hilarious, to boot. "These Heaux" even cracked the Hot 100, making Bregoli the youngest female rapper to debut on the chart. She's since collaborated with Ty Dolla $ign, YG, Lil Yachty, and City Girls, and released her first mixtape, 15, in 2018; the same year, she nabbed a nomination for Best Female Rap Artist at the Billboard Music Awards, alongside seasoned vets more than twice her age.