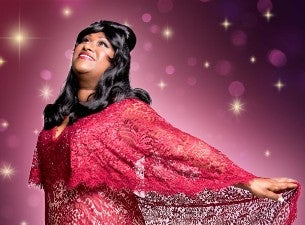 About RESPECT - The Aretha Franklin Story

The electrifying show RESPECT journeys through Aretha Franklin’s courageous life of love, tragedy and triumph, while showcasing her greatest hits over the last 50 years!

Starring Australia’s ‘Soul Mama’, Angie Narayan, RESPECT is a masterful piece of storytelling about family, loyalty and victory, layered with glorious harmonies and sassy repartee. Joining Angie on stage are accomplished vocalists and actors, Ezekiel Narayan, Asabi Goodman and Shelley Davies, together with an energetic band!

ACT ONE begins with a bang in the 1960s, taking you back in time where Aretha’s career all began. Introduced to Aretha’s family, you explore her childhood, the church, meeting her Manager/ Husband, the Civil Rights Movement, her biggest musical crush and the profound impact the song RESPECT had on the world! ‘Natural Woman’, Say A Little Prayer’ and ‘Son of a Preacher Man’ are just a taste of Aretha’s classics you can expect!

ACT TWO starts off in the 70s, which was a rather turbulent decade with bombed albums, failed relationships and family tragedy.  Moving into the 80s, ‘Sisters are Doin it for Themselves’, ‘Freeway of Love’, ‘Everyday People’ are just some of the hits guaranteed to have you up dancing out of your seat! There is one big surprise near the end of the show that no one expects but has people literally in tears!

Hold on to your seat as you journey into this earth-shattering Aretha experience that is RESPECT!