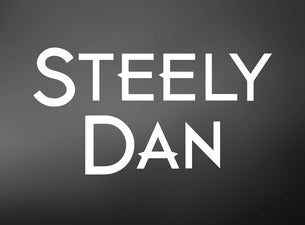 STEELY DAN AND STEVE WINWOOD
OCTOBER NATIONAL TOUR
After dazzling audiences with their first ever Australian shows in 2007, jazz rock icons STEELY DAN are returning for an encore tour in October.
And in a real treat for music lovers, legendary British vocalist STEVE WINWOOD will be the special guest in his first visit here in more than two decades!
The Frontier Touring Company and Roundhouse Entertainment are thrilled to announce Steely Dan and Steve Winwood will play arena concerts in Melbourne and Sydney, and five a day on the green events nationally. The chance to see two of music's most revered and multi-Grammy Award winning artists on one stage is undoubtedly a night not to be missed.
The winery events are the first to be announced for the upcoming 2011/2012 a day on the green season.
Steely Dan - Walter Becker and Donald Fagen - had critics raving on recent US shows with The New York Times stating that Fagen "was deep in the music... a cross between Count Basie and Ray Charles." The Chicago Sun-Times proclaimed: "This was different. This was live. This was vibrant. This was a cascade of color carried along by Fagen, Becker, eight brilliant supporting musicians and three superb backing vocalists."  The Los Angeles Times raved: "Everyone gathered Friday evening was a believer - and they were treated to something close to rapture."
Steely Dan has sold more than 30 million albums worldwide and helped define the soundtrack of the '70s with hits including ‘Do It Again', ‘Reelin' in the Years', ‘Rikki Don't Lose That Number', ‘F.M.', ‘Peg' and ‘Hey Nineteen'. They reunited in the early '90s and have toured throughout the decade and beyond, releasing the four time Grammy winner Two Against Nature in 2000 and its acclaimed follow-up Everything Must Go in 2003.
Donald Fagen and Walter Becker will be joined by an awesome group of players, now dubbed the Miles High Big Band, including Keith Carlock (drums); Jon Herington (guitar); Freddie Washington (bass); Jim Beard (keys); Michael Leonhart, Walt Weiskopf, Roger Rosenberg and Jim Pugh (horns); plus their backup trio, named the Embassy Brats, singers Carolyn Leonhart, Cindy Mizelle and Catherine Russell.
Steve Winwood was just a teenager when he rocketed into the international spotlight as the prodigious singer of the Spencer Davis Group. The blues and R&B-influenced rock of ‘Gimme Some Lovin' and ‘I'm a Man' had Winwood's singing drawing comparisons to that of his idol Ray Charles - despite his tender age.
Seeking a wider artistic palette, in the next decade Winwood formed Traffic with friends Jim Capaldi, Chris Wood and Dave Mason and then the "supergroup" Blind Faith with Eric Clapton, Ginger Baker and Rick Grech, producing some of the most inventive and arresting music of the time.
With 1977's Steve Winwood a rich solo career launched in earnest. Arc of a Diver (1980) featured the hit ‘While You See a Chance', whilst Talking Back to the Night (1982), Back in the High Life (1986), and Roll With It (1988) produced era-defining songs including ‘Valerie', ‘Higher Love', ‘Back in the High Life', and ‘Roll With It'.
Later albums Refugees of the Heart, Junction 7, About Time and 2008's Nine Lives (which gained his highest ever Billboard album debut at #12) all continued to display Winwood's supreme musical talents.  This will be his first Australian tour since 1990.
Acclaimed Melbourne band Oh Mercy will open all a day on the green shows. With Paul Kelly singing their praises and a new Triple J Album of The Week in Great Barrier Grief produced in the US by Mitchell Froom (Crowded House, Elvis Costello), their evocative acoustic pop makes them one of our most promising bands.
TOUR DATES:
STRICTLY ONE NIGHT ONLY - NO SECOND SHOWS!