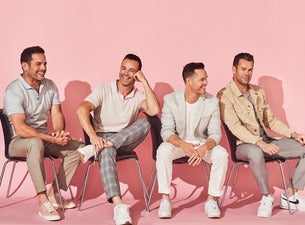 The “Good Good Life Tour” sees the much-loved pop vocal group ignite the stage with music from across their hugely successful three Decade career highlighting their stand out pop classics, the enduring appeal of their MOTOWN and Jukebox reimagining’s and their stunning new music including ‘Nobody Just like You’ a seismic production by Grammy Nominated producers Grey.

From the world stage to your stage, come and see why Human Nature are recognized as one of the greatest pop vocal groups in the world, consumate entertainers with an endless catalogue of their own hits as well as impeccable performances of the greatest songs of the modern era. The Good Good Life tour will bring audiences to their feet and cement why Human Nature are one of the most loved acts this country has produced.  Since signing to Sony Music Australia over two decades ago, this incredible band have earned their place as one of the world’s finest pop-vocal groups of the modern era, releasing  13 studio albums, 4 of which went to no. 1 in Australia, garnering 26 platinum awards, 15 top 20 singles and five top 10 hits worldwide, with album sales in excess of 2.5 million in Australia alone.