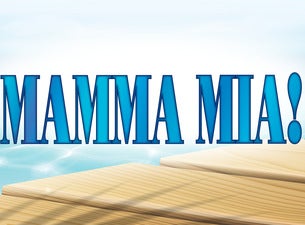 Mamma Mia the Concert is a masterful and stimulating performance of the ABBA repertoire never before seen in Australia. This is a memorable concert which has new vocal and symphonic harmonies, where the glorious melodies are re-invigorated and given new life.

Australia’s best musicians accompanied by an ensemble of Melbourne’s finest orchestral musicians, combined with the most powerful all-female vocal group in Australia, The Ten Sopranos, bring you a concert of epic proportions

This show will have you singing, clapping, and stomping from beginning to end.  The Ten Sopranos deliver the number one vocal interpretation of the ABBA songs on Earth.

Artistic and Musical director Penny Pavlakis (Internationally acclaimed and multi-award-winner known to her peers as “The Singers’ Singer” who has over 1000 performances on the world Opera and contemporary stage, brings to the stage star power, very few people can) along with The Sopranos, showcase their supreme talents to Australian audiences paying homage to the magnificent songs of Benny and Bjorn in a unique and exciting way

This is a feel-good concert you will not want to miss!

It is impossible for you not to be mesmerised (The Pictorial)

If you only see one show this year, this must be it (The Advertiser)

Pavlakis has no peer on the world stage, whether its classical or contemporary, she really is magnificent (Maestro Tommy Tycho)

I have managed performing arts centres for 14 years and this concert rates as one of the best I have ever seen (Ross Le Clerc, venue manager)

The Ten Sopranos are the real deal (Giant Entertainment)