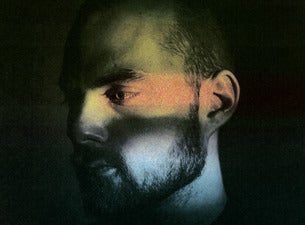 Handsome Tours ​and​ Secret Sounds ​are elated to announce the return of beloved ​Icelandic singer-songwriter, multi-instrumentalist and collaborator, ​​Ásgeir,​ to Australia for select tour dates in May 2020. The tour will bring ​​Ásgeir ​ ’s forthcoming third album “​​Bury The Moon” (out February 7th) ​to Australian audiences for the first time. Today ​​Ásgeir  ​ shares two news tracks ​“​​Pictures​​” and “​​Until Daybreak ​​from ​“Bury The Moon”.

The enigmatic artist makes music that penetrates a little deeper than most. His debut album soared to success in his native land, before English language edition “​​In The Silence​​”​ ​connected with an entirely new audience. Here in Australia, it was spotlighted as triple j Feature Album and both the album and it’s lead single ‘​​King and Cross​​’ achieved gold ARIA accreditation. That year, '​​King and Cross​​' clocked in at number 10 in The Hottest 100. In 2017 “​​Afterglow”​​ scored ​​Ásgeir ​ 's second triple j Feature Album and the station co-presented his sold-out July 2017 ​​Splendour In The Grass ​​sideshows.