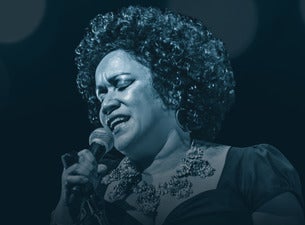 About At Last - the Etta James Story

By popular demand At Last – The Etta James Story returns to Arts Centre Melbourne for one week only!

This smash-hit show saw its world premier in Melbourne in 2013 and since then has packed theatres throughout Australia and New Zealand.

In 2017 this homegrown show toured the UK, selling out theatres in London, Liverpool, Manchester and across the country, receiving 5 star reviews and multiple standing ovations wherever it played.

Starring the sensational Vika Bull At Last tells the story of soul legend Etta James turbulent life and features some of her most beloved songs including Tell Mama, Something’s Got A Hold On Me, the heart rending I’d Rather Go Blind, her iconic signature song At Last and more.

Vika puts her heart and soul into this unforgettable show and is joined on stage by some of Australia’s finest and funkiest musicians.

During a long and tumultuous career that saw her win six Grammy Awards and a star on The Hollywood Walk Of Fame, Etta James has influenced a vast array of artists and her spirit lives on in her music and the legion of loyal fans that love her the world over.

With respect, this is her story.