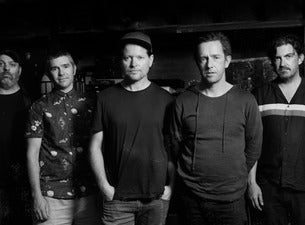 After two EPs and several years’ gigging, the band had primed an audience for a debut that would earn respect as one of the most expansive, ambitious and literate Australian musical releases of all time.

Musically the album moves seamlessly from sophisticated to naive, from joyful to desolate, from intense guitar rock to stark ambient sound to traditional folk balladry, as the band members threw themselves into each unexpected occasion and unfamiliar role with the abandon that only comes with youth and the sense that they might never get another chance like this, but with nothing to lose all the same.

The album went gold and remains a favourite across the planet, regularly praised by prominent artists today as an enormous influence. Songs such as ‘Asleep In Perfection’, ‘There Is No Such Place’, ‘The Hole in Your Roof’ and ‘Here Comes the Night’ have all become cult anthems. Since the release of Sunset Studies, Augie March has gone on to release five more acclaimed albums and garnered a reputation as one of Australia’s most unique and engaging live acts. Don’t miss them dust off their first classic in the 20th anniversary year of its debut!