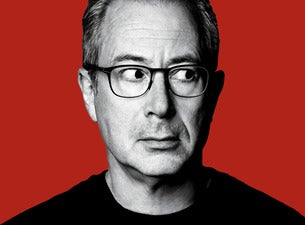 He last performed stand up in Australia in 2006 but has now returned to the stage with a sold out, 75 date UK tour in 2019, which wraps up in December.

A highly respected author, Elton has published 16 best-selling novels, six of which became number one bestsellers. Elton is also widely known for his writing for the stage which includes three smash hit West End plays and the global phenomenon We Will Rock You based on the music of British rock legends Queen.