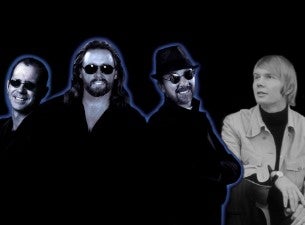 Best of the Bee Gees with Colin Petersen Tickets

About Best of the Bee Gees with Colin Petersen

Colin “Smiley” Petersen was the first non-Gibb brother to become an official member of the Bee Gees. He played the drums on the albums Bee Gees 1st, Horizontal, Idea, Odessa and Cucumber Castle. Producing the number one singles Massachusetts, To Love Somebody, I Started a Joke and New York Mining Disaster among many more. The Gibb brothers regarded his playing as essential to their sound.

Colin is very excited to join The Best of the Bee Gees Show. “I’m pleased to be part of this great show to share my memories. It’s wonderful that these incredible songs live on” - Colin “Smiley” Petersen.

In 2018 their fame spread abroad with a hugely successful European and UK Tour, headlining at the prestigious Preston Guild Hall. Bringing their full international touring act to the Thebarton Theatre on Saturday the 30th of May 2020. The Best of the Bee Gees Show will be performing all the massive hits from Spicks and Specks to Stayin Alive.