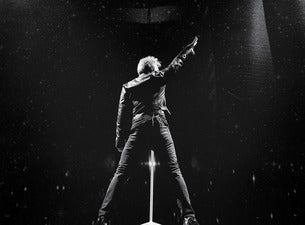 There are still some of the best seats in the house available for Bon Jovi Melbourne & Adelaide through Ticketmaster Platinum ! Click here to access the best available seats.

BON JOVI “BECAUSE WE CAN – THE TOUR”
MELBOURNE
SECOND SHOW ADDED!

When the box office opens to the general public at 12NOON Monday 20th May, there will be two Melbourne shows going on sale: Saturday 7th and Sunday 8th December.

Bon Jovi’s tour will kick off in Melbourne on Saturday 7th and now Sunday 8th December at Etihad Stadium followed by a show in Adelaide at AAMI Stadium on Wednesday 11th December.

Detroit rocker Kid Rock will join Bon Jovi as special guest in Melbourne and Adelaide. This will be Kid Rock’s first ever tour of Australia and the ONLY SHOWS he does here.

In this spectacular new show fans will be treated to an unforgettable night of Bon Jovi’s huge arsenal of hits, as well as new tracks from the band’s latest album WHAT ABOUT NOW which debuted at # 1 on the Australian charts, including the hit singles “Because We Can” and “What About Now”.

BON JOVI’S BECAUSE WE CAN TOUR: TICKETS ON SALE AT 12NOON Monday 20th May!

* plus transaction and credit card charges where applicable