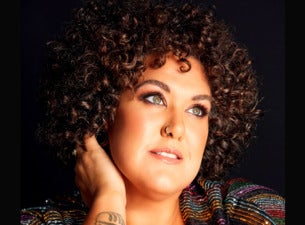 After a meteoric rise to fame at the age of 16, Casey became the youngest ever winner of Australian Idol in 2004. Over the last seventeen years, Donovan has made her mark not only as a musician, but also in the areas of stage, screen, presenting and writing. Casey is a multi-Award winner & nominee, including an ARIA No #1 Award and Triple Platinum for ‘Listen With Your Heart’ from the Double Platinum Album ‘For You’ and Deadly Awards for Best Album, Best Single and Most Promising New Talent.

After taking a break from music, in 2010 Casey returned to the music arena with the release of her hotly anticipated single Big, Beautiful & Sexy. As a result of this inspirational song, she not only garnered new fans Australia-wide, but also became a poster girl for fuller-figured women. Casey took her Big, Beautiful & Sexy ethos further by touring in her own show, which has seen the remarkable singer perform to sell-out crowds at some of the country’s most coveted venues and participate in events such as Adelaide Festival, Brisbane Festival, The Rocks Festival of the Voice, Tandanya National Aboriginal Cultural Institute’s Spirit Festival, Darwin Festival and Yabun Festival.

Casey has also headlined her own Mama Cass Tribute concerts and supported the legendary Cyndi Lauper on her 2011 Australian National Tour.

2021 sees Casey take on the hosting role alongside Noni Hazelhurst and Kurt Fearnley of SBS TV’s What Does Australia Really Think?, a series that reveals what Australia thinks about disability, obesity, and old age through emotional personal stories, confronting social experiments and a nationwide survey.

Casey is also currently working on new music to be released in 2022 and a few more surprise announcements including her ‘Bluesday’ Tour on sale now.