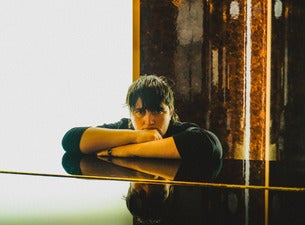 About Cash Savage and The Last Drinks

After cancelling 4 international tours, countless Australian shows and spending the last 9 months crying into their beers, Cash Savage and The Last Drinks are more than ready to get back on stage.

In an era when the world is falling apart with such a deafening roar, Cash Savage’s voice rings loud over the cacophony. Songs of politics, grief, songs of rage - this is weighty music that has been written to cut through the noise.

Savage’s band The Last Drinks are a powerhouse of fierce and brooding energy, every bit as committed to her songs and message. Every performance by this band is as epic as it is honest, raw and human.

"One of the most powerful bands in the country… you won’t hear much that’s better than this."

Joining the lineup is special guest Blake Scott performing his debut album Niscitam for the first time with his band.

‘One of Australia’s most important Songwriters’ The Saturday Paper

‘Niscitam is one of the Masterpieces of the year’ - Junkee.

Also Joining them are Our Carlson