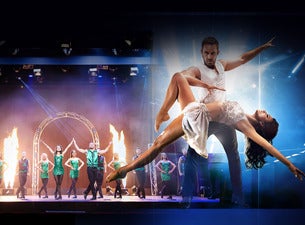 Celtic Illusion, the premier Irish Dance and Grand Illusion sensation that audiences are going crazy over returns to Melbourne this September

The daring world first fusion features exciting new choreography, impossible illusions, remastered classics and captivating orchestral music that will blow you away. This is a sensory experience like no other. Fans who have previously witnessed this world class spectacle will be left on the edge of their seats as we push the boundaries of Irish Dance and Illusion further than ever before.

Showcasing a stellar cast of champion and internationally-acclaimed dancers, including performers from both Riverdance and Lord of the Dance, Celtic Illusion offers some of the fastest taps in the world as the dancers’ thunderous rhythm fills the stage in perfect unison. The show is led by Australia’s very own Anthony Street, the first Australian to perform leading roles in Michael Flatley’s widely-acclaimed Lord of the Dance, including the very role that Michael Flatley originally performed himself.

The show is an exhilarating journey bright with colour, passion and athleticism. The unique combination of two incredible art forms is an unforgettable theatrical experience for the whole family to enjoy.

This is Celtic Illusion… Reimagined!