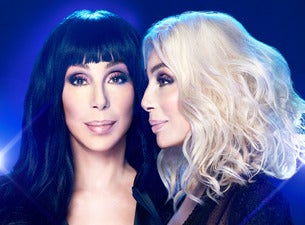 Often referred to as the "Goddess of Pop' Cher is more than just a singer. She is also a Grammy Award, Academy Award and Golden Globe-winning actress and artist. The talented singer began her musical career at the tender age of sixteen and went on to form the duo "Sonny and Cher" with Sonny Bono. In 1965, Cher released her debut solo album "All I Really Want to Do" and in 1966 she had her first live performance with Sonny Bono at the Hollywood Bowl in Los Angeles. In total, Cher has released an impressive twenty-five studio albums, three live albums and nine compilation albums since her start in the 60s. The talented singer-actress has completed six worldwide tours throughout North America, Europe, Australia and Asia. Her first solo concert tour, T ake Me Home Tour, debuted in 1979, and her last concert tour, Living Proof: The Farewell Tour, lasted from June 2002 until April 2005. In 2017, Cher headed to Vegas with the show Classic Cher, set within the expansive Park Theater's 5,200-seat Monte Carlo venue. Fans of Cher live and in concert note that her performances are filled with equal parts high-energy "Believe" moments and emotionally-charged romantic ballads along with multiple set and costume changes for an all-around impressive experience. Aside from her musical career, Cher has built an impressive career for herself as an actress, starring in the award-winning films Moonstruck and Silkwood. In 1988, she won the "Best Actress in a Leading Role" Academy Award for the film "Moonstruck" as well as the Golden Globe award.

Born in El Centro, California, to an actress mother, Cher began her career at the age of 16 when she decided to move to Los Angeles with her best friend. She enrolled herself in acting classes and worked as a dancer to earn a living while getting her start. Cher's life changed in 1962 when she met fellow singer Sonny Bono, not only because he would go on to be her performing partner and future husband, but because he introduced her to producer Phil Spector. Spector gave Cher her first job as a backup singer and also produced her debut single "Ringo, I Love You."Stay updated on Cher's personal life as well as tour dates and individual tickets by following her on Instagram or subscribing to her newsletter.

Following the completion of 82 shows by the end of this year, the Oscar, Grammy, Emmy, Golden Globe, Billboard Icon Award recipient and Kennedy Center Honoree shows no signs of slowing down. The Here We Go Again Tour began September 2018 in conjunction with the release of her Warner Bros. "Dancing Queen" album which landed at No. 1 on the Billboard 200 Charts. Cher recently performed in Europe for the first time in 15 years and received many standing ovations nightly, several five star reviews along with the unanimous raves for her previous U.S. Tour dates.