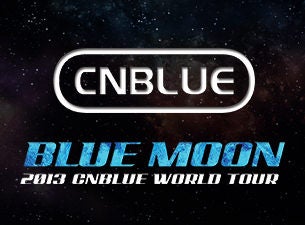 Get Ready Melbourne!!!
CNBLUE is coming to you!

Due to high demand and the success of ticket sales for the Sydney Concert, we have some great news for you all!! CNBLUE has decided to add one more stop on their World Tour and has announced they also want to go to Melbourne!

JK Entertainment is proud to present to all K-pop lovers and fans, another exciting K-Pop concert in Melbourne! This time, the company will be bringing the current talk of the town K-Pop band CNBLUE to meet their fans down under again!

CNBLUE have previously performed in Sydney for the 2011 Sydney K-Pop Music Fest, an event that was also organized by JK Entertainment. For the first time, the band will be performing solo in Melbourne and Sydney.

CNBLUE is one of the top K-Pop bands in South Korea. The four member band consists of Lee Jong Hyun, Min Hyuk, Lee Jung Shin and Jung Yong Hwa.  The band’s name CNBLUE is an abbreviation of CN being Code Name and Blue represents each member’s individual image, being Burning, Lovely, Untouchable and Emotional.
The band have recently released their 4th mini album RE: BLUE and a music video of “I’m Sorry”, being their title song for the album.

The band will be performing for their “2013 CNBlue Blue Moon World Tour” starting from Taiwan then Singapore, Hong Kong and more.

With the current fans of CNBLUE and fans of K-Pop, JK Entertainment predicts that Australia’s very own “2013 CNBLUE WORLD TOUR” will be the highlight for K-poppers to attend and celebrate another K-Pop concert down under.