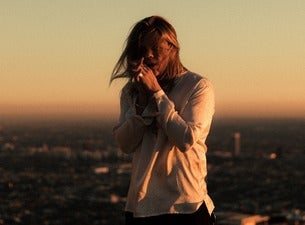 ARIA Award-winning pop sensation Conrad Sewell will hit the road this May and June on his biggest Australian headline tour to date. His series of electrifying shows will kick off soon after the release of his highly anticipated debut studio album, LIFE.

The last few years of Conrad’s life have been a wild ride. He took home an ARIA for Song Of The Year with his #1 hit ‘Start Again’, as well as being nominated for Breakthrough Artist and Best Pop Release, and featured on Kygo’s RIAA Platinum smash ‘Firestone’ to the tune of more than 1 billion streams. He took the track to the live stage with Kygo before touring with Ed Sheeran and Maroon 5 on the some of the world’s biggest stages like Madison Square Garden and Coachella. Then came two more collaborations, ‘Taste The Feeling’ with the late Avicii and ‘Sex, Love & Water’ with Armin van Buuren.

Conrad’s meteoric rise didn’t come without it’s price, however. Last year, the singer opened up about his struggles with drug and alcohol addiction, and how they had brought his career to a standstill.

In 2018, he pledged to turn it all around, pouring his newfound focus and drive into one of the biggest Australian singles of the year, ‘Healing Hands’. It brought Conrad his second ARIA nomination, racked up 21 million streams, and peaked at #1 on the Australian iTunes Singles Chart and #7 on the ARIA Singles Chart.

Don’t miss what may be your last opportunity for an intimate show with Conrad Sewell. With his debut record on the way, 2019 will surely see his success continue to explode worldwide. Grab your tickets now!