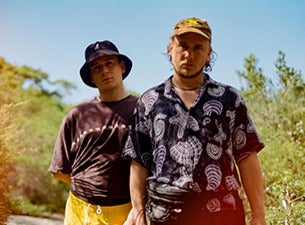 Having recently wrapped their first shows of 2019 with St Jerome’s Laneway Festival, Sydney’s much loved twin duo Cosmo’s Midnight return to our airwaves today, delivering the first taste of new music this year with “C.U.D.I (Can U Dig It)”, out on Sony Music Australia, RCA Records & Black Butter Records. Alongside the release, the duo have announced a huge national tour this May.

Debuted at Laneway Festival in Auckland, “C.U.D.I” is yet another infectiously catchy tune we’ve come to expect from the powerhouse producers. Driven by a funky guitar riff and “can you dig it with me” vocal hook, the track jumps around between snappy synth melodies, delivering on their unique fusion of electronic, pop & funk. Having introduced keys, guitar and percussion to their live show in 2018, Pat and Cosmo have continued to show a careful consideration in their production with “C.U.D.I”, putting out yet another dance anthem that will have summer lasting all year round with each listen. Cosmo and Pat on the single:

“So we'd spent New Years Eve in Wollongong at the Last Dance warehouse party, and the morning after recovering at the beach. Exhausted and burnt we drove back to our studio space in Sydney that afternoon to sit on the balcony, drink San Pell and recover but ended up writing C.U.D.I (Can U Dig It). I had this idea running through my head on the trip back home and got it out then n there. Everything came together really quick and naturally, just me on the keys n cos jamming on the bass.  We got the idea out and left it fresh cos we wanted to capture the midsummer feelings we were having over the new year.”

In celebration of the release, Cosmo’s Midnight have also announced that they will head around the country in May, playing tracks off the wildly successful What Comes Next, including “Talk To Me”, “Get To Know” and “History”, as well as giving fans a peep into what will come in 2019. The pair will kick off the headline tour at Brisbane's 256 Wickham on Friday, May 3, before heading to WA on Saturday, May 4 to play Metropolis Fremantle. The following week they’ll back up a trifecta of shows, hitting Melbourne’s Forum Theatre on Thursday, May 9, HQ in Adelaide on Friday, May 10 and Hobart’s Odeon Theatre on Saturday, May 11. The following Wednesday, May 15 they will round up the tour with a hometown show at Sydney’s iconic Enmore Theatre. Taking up support slot across the entire tour will be Perth’s own producer/rapper, Arno Faraji alongside Melbourne-born, LA based electronic pop artist, Banoffee

“C.U.D.I” arrives today after Cosmo’s Midnight biggest year to date in 2018. Their debut, triple j Feature Album, What Comes Next featured a stack of feature talent, including Buddy, Jay Prince, Winston Surfshirt, Tove Styrke, Woodes, Panama, Boogie and Pauli The PSM. The pair debuted their all-new live show to multiple sold-out venues across the country, as well as Asia, UK & Europe, whilst their much adored singles "Walk With Me" and "History" received Gold status.

Back and better than ever, Cosmo’s Midnight have delivered on another stellar release to adoring and loyal fans worldwide. Australia won’t have to wait long to catch the dynamite live in concert in just a few short months, but for now enjoy the last glimmer of summer with another listen to the unshakeable groove of “C.U.D.I”.