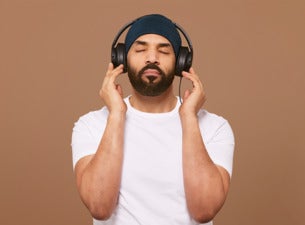 Craig David rose to fame in 1999 featuring on the single "Re-Rewind" by Artful Dodger. David's debut album, Born to Do It, was released on 14 August 2000, after which he has since released a further five studio albums. David has been nominated for twelve Brit Awards: three times for Best British Male, and twice received a Grammy Award nomination for Best Male Pop Vocal Performance.

The man behind countless hits such as ‘Fill me in’ ’Seven Days’ ‘Walking Away’ ‘Rendevous’ ‘What’s your Flava’ ‘Rise and Fall’ ‘Insomnia’ ’Spanish’ and many more returns for a very up, close and personal show. See and hear Craig David like never before as he takes the stage.

On 2 July 2014 David previewed a teaser track titled "Cold" on his official SoundCloud page. Premiering it on his TS5 radio show the week before, he wanted to preview some of the new music he has been working on in anticipation of his long-awaited sixth studio album, which is yet to be officially titled or have a release date announced. A further teaser track titled "Seduction" was uploaded to the same SoundCloud page in September 2014. He has also remixed Chris Brown’s ‘Loyal’ and Trey Songz ’Touchin Lovin’