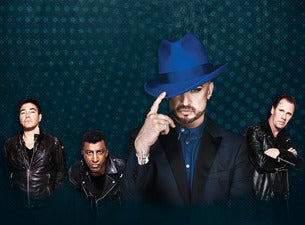 International superstars Culture Club have announced they will be touring Australia later this year. Lead by front man, Boy George, who is currently endearing himself to new Australian audiences as their favourite coach on TV’s top rated show, The Voice, this tour is bound to take Culture Club to a large legion of new fans.

Special guests for all shows will be Thompson Twins’ Tom Bailey, who will play hits live for the first time in 27 years.  For nearly three decades, fans of the Thompson Twins have been waiting for more live performances from one of the biggest bands of the 80’s.

Support Act will be local favourites, Eurogliders, who once again captivate audiences with their sophisticated and high-energy brand of pop.

Perth audiences are in for a very special treat – they will also see The Human League on the line-up for this super 80’s extravaganza.  The Human League have sold millions of records, inspired two generations of artists, written some of the all-time great classic pop songs, had No. 1’s across the world.