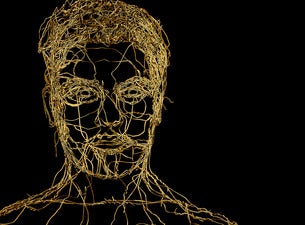 With the arrival of Dan Sultan’s new solo EP, Dirty Ground, imminent (out November 7), the Melbourne muso today backs up the news with an announcement of solo tour dates for February and March next year.

Dirty Ground bursts with sparse, stunning songs and was recorded in just one day with Jan Skubizewski of Way of the Eagle. It features co-writes with legendary local musicians Paul Kelly, for the title track ‘Dirty Ground’ and ‘On The Leffy’; and Paul Dempsey, for ‘Mountaintop’. Also included on the EP is the poignant ‘Man on TV’, which Sultan wrote whilst in Nashville.

The majority of tracks have been part of Dan’s repertoire for some time – amongst his original demos for Blackbird – but the musician felt they were better suited to a solo release due to their stripped back, raw and emotive nature. They show another side to the ARIA-winning (and once again, ARIA nominated) rockstar we’ve come to know through Blackbird.