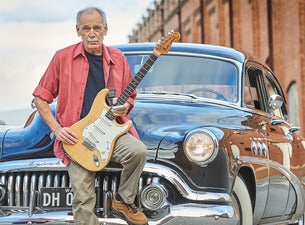 Dave Hole is an Australian Blues Rock slide guitarist who burst onto the international scene in 1991 with his first album, “Short Fuse Blues”, which was picked up by America’s most prestigious blues label, the Chicago based Alligator Records.

He has since released a further eight albums; all of which have earned critical acclaim from such publications as ‘Billboard’, ‘Guitar Player’, ‘Guitar World’, ‘The Washington Post’, ‘Chicago Tribune’ and ‘Esquire’ magazine. His “Under The Spell” album won an Australian ARIA award.

Dave Hole has a world-wide fan base and is widely regarded as one of the all time slide guitar greats.