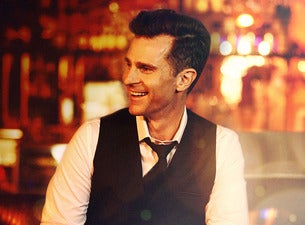 Australian ARIA award winner, singer and popular TV presenter, David Campbell, is set to wow crowds once again with the announcement of a new national tour – his first solo show after eight years.

The Back in the Swing tour kicks off October 3, and features Campbell performing LIVE with a full band tracks from his new album (Back in the Swing) at QPAC Brisbane, State Theatre Sydney and Hamer Hall Melbourne.

With a long, successful career in TV and radio entertainment as host of Today Extra on Channel 9 and presenter on Smooth FM, Campbell is thrilled to be celebrating his musical roots once more. “I’m so excited to be back touring and sing my heart out,” he said. “I’m a performer at heart so combined with my TV and radio commitments, I can’t wait to see what the future has in store for me.”

Campbell performed Back in the Swing with a full band recently at Adelaide’s Fringe Festival to high acclaim with 5 * reviews from Adelaide Advertiser, Glam Adelaide and Arts Hub.

“David Campbell’s two solid hours of performance is worth the money....... He sings, he chats, he bounces Tigger-like around the stage. He is, in short, a consummate showman. Pat H. Wilson, Adelaide Advertiser.

Featuring 11 iconic tracks and Campbell’s silky vocals, Back In The Swing blends together genres of swing, ballads and R&B from artists such as Stevie Wonder, Frank Sinatra and Billy Joel, with the Aussie singer’s own personal style. Notable songs including Come Fly With Me, For Once In My Life and Walkin’ My Baby Back Home will be sure to keep audiences singing and dancing along all night.

A long-time notable performer, Campbell has always been renowned for his rousing performances on the musical theatre stage, achieving a 2018 Helpmann Award, and breaking box office records for his star turn in ‘Dream Lover the Bobby Darin Musical.’

Since his last tour in 2011, Campbell has kept himself busy, on the board of Hayes Theatre Company in Potts Point, and recently receiving an Order of Australia medal from the Queen, recognising his service to entertainment and the arts.

Back In The Swing is out now through Sony Music Entertainment Australia on music streaming platforms.