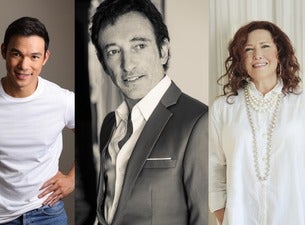 David Pomeranz has sold over 40 million copies worldwide, 18 Gold and 22 Platinum records, making him one of the most prolific songwriters and performing artists of today. A beloved and inspired entertainer, he has delighted millions all over the world with memorable love anthems including “Born For You”, “If You Walked Away”, and “King and Queen of Hearts”, as well as songs written for a galaxy of stars; Barry Manilow, The Carpenters, Bette Midler, Kenny Loggins, Freddie Mercury, Cliff Richard, Richard Marx, and Harry Belafonte.