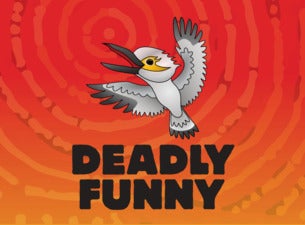 Cheeky and loud, black and proud! This national comedy competition unearths the freshest, fiercest and funniest new Indigenous performers from around the country. In this, the National Grand Final and Showcase, comedy competitors perform alongside the deadliest professional comedians. Who will take out the big $2000 prize?

Now in its 11th year, this one-of-a-kind comedy program and competition is open to Aboriginal and Torres Strait Island people aged 18 and over. Past participants include Kevin Kropinyeri, Matt Ford and Shiralee Hood, who have all gone on to stellar careers performing around the country.

Head along to Deadly Funny and check out the wealth of comedy talent from communities around the country!