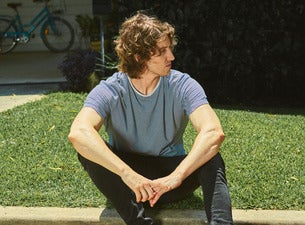 Dean Lewis' highly anticipated debut album A Place We Knew will be released world-wide on Friday March 22. In celebration of the album, the global singer-songwriter will embark on his headline ‘A Place We Knew’ Tour in May.

Still on a high from his song ‘Be Alright’ being voted #6 on triple j’s hottest 100, Dean’s current single ‘7 Minutes’ is now certified GOLD in Australia. Written in London in an Uber following a disagreement with a girl, ‘7 Minutes’ launched its way to the top spot of #1 on TMN Hottest 100 Airplay Chart for 2 consecutive weeks and has accumulated over 25 million streams in just over 4 weeks. ‘7 Minutes’ along with his global hits 6 x Platinum ‘Be Alright’ and 5 x Platinum ‘Waves’ will be included on Dean’s debut album.

With over a billion streams of his music globally and being named Billboard’s “Chart-Breaker” in October, Dean has been dominating charts all over the world with his single ‘Be Alright’.  In Australia, ‘Be Alright’ was the second highest selling single from an Australian artist in 2018 and the fourth highest selling single of the year overall. Globally the single has now reached over 630 million streams achieving multi-platinum, platinum and gold status sales worldwide.