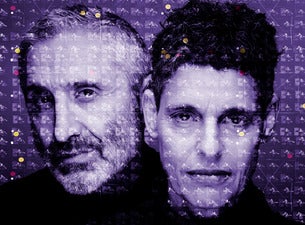 EPIC will be the concert event of 2019 celebrating the new alongside the much loved; it launches Deborah Conway & Willy Zygier’s tenth album, The Words Of Men and pairs it with 1993’s ARIA Award Winning and Gold selling record, Bitch Epic.

Deborah Conway met Willy Zygier in October 1991 when she needed a guitarist to tour her debut solo album String of Pearls. They began a personal and professional relationship that has flourished ever since producing 10 albums and 3 daughters.

Bitch Epic was their first creative output and what a successful one it was, this compelling collection of songs spawned a number of radio hits including Today I Am A Daisy and Consider This, and the first single - Alive & Brilliant. “I still love playing this song, it has an urgency and fury to it that remains undiminished 26 years after we wrote it.”

The Words Of Men is their latest recording, featuring the same band that worked together on 2016’s 5 star reviewed Everybody’s Begging. Recorded live to capture the vitality and beauty of the chemistry Deborah and Willy share with their band, The Words of Men reflects one of the most creative bursts in their renowned 27 year collaboration, traversing a wide range of themes against the backdrop of the strange circumstances we find ourselves in as the 21st century progresses.

EPIC provides an opportunity for Conway and Zygier to introduce audiences to this new & remarkable collection of songs and to revisit their highest charting & ARIA Award winning album.