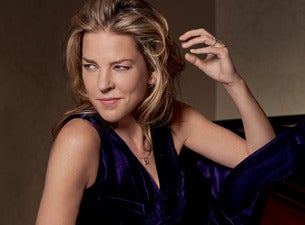 Born in Nanaimo, British Columbia, Diana Krall grew up on Vancouver Island in the western part of Canada and began studying the piano when she was four years old. By the time she was 15, she was playing jazz in local restaurants and bars.

Ms. Krall was still a teenager when she was awarded a scholarship to the prestigious Berklee College of Music in Boston. After two years in Boston she moved to Los Angeles, where she first me her Jazz influences, including John Clayton, pianist/singer Jimmy Rowles, and Ray Brown, the legendary bassist who served as her musical mentor (and played on Only Trust Your Heart). Ms. Krall had lived in Los Angeles for three years when she then moved to Toronto, and it was a Canadian label that gave her a chance to record for the first time. In 1993, the Montreal-based Justin Time Records released her debut album, Stepping Out. In 1994, she signed with GRP and recorded Only Trust Your Heart, which featured Brown on bass and Stanley Turrentine on tenor saxophone and marked the beginning of her association with Tommy LiPuma (who has worked with everyone from Barbra Streisand to George Benson).

Diana Krall is the only jazz singer to have eight albums debut at the top of the Billboard Jazz Albums chart. To date, her albums have garnered five Grammy® Awards, 10 Juno® Awards and have also earned nine gold, three platinum and seven multi-platinum albums. Krall's unique artistry transcends any single musical style and has made her one of the most recognizable and beloved artists of our time.