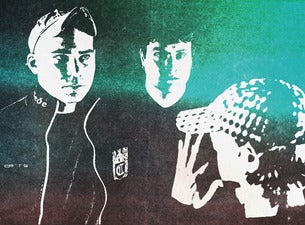 In reply to fan requests to play in Brisbane, Sydney trio DMA’S have confirmed four - and only four - concerts at The Tivoli in Brisbane on Saturday 29 August and Sunday 30 August.

DMA’S made the decision to extend their ‘Unplugged & Intimate’ tour to Brisbane after fans took to the band’s social media after their eighteen Sydney concerts sold out in minutes last week.  The intimate and stripped back concerts are in support of the band’s new album The Glow, which was released last Friday to critical acclaim.

Promoters Frontier Touring, I OH YOU and Secret Sounds are working closely with The Tivoli to ensure COVID-19 safety standards are met for these concerts. The shows will have reduced audience numbers and will be fully seated.  A changeover period will occur between each concert to allow for cleaning of the venue.