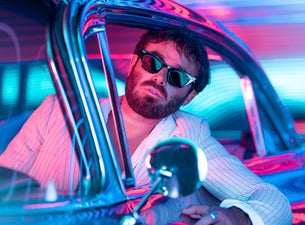 It’s a huge day for fans of DOPE LEMON who today announced a July tour of Australia with shows in Melbourne & Brisbane.

The shows mark the first Dope Lemon tour since the 2022 album release Rose Pink Cadillac. Like a 60s soul standard, it’s the classy champagne-soaked red carpet and heart that beats underneath a new era of Dope Lemon.

Dope Lemon, aka Angus Stone, has amassed over 400 million streams from his two widely acclaimed albums, Smooth Big Cat (2019) which came in at #2 on the ARIA Album charts, and Honey Bones (2016), as well as the Hounds Tooth EP. The release of Honey Bones was an instant-classic and saw Dope Lemon become not just a melting curio of artistic experimentation, but a fully-fledged cultural phenomenon.

With sold out national and international headline tours under his belt, the third album Rose Pink Cadillac was a welcomed release with soulful singles Rose Pink Cadillac, Kids Fallin in L­ove  and Every Day Is A Holiday featuring Winston Surfshirt.

Written and recorded by Stone during the pandemic, under the spectre of global turmoil, its sun-kissed unabashedly romantic outlook persists despite that. This is a record to put on with your loved ones and overtake you with its wash of feeling.